With much gratitude for the opportunity to write for the Eating as the Earth Matters column for Planet Kansas, here is the article I wrote for the February-March Issue, 2011.

Harpooning Mother Earth and The Paradigm Shift
On December 16 of 2010, a little over a month ago, what we all worked so hard to prevent, happened (not that we’re giving up now). On that day the Kansas Department of Health and Environment (KDHE) granted a permit to Sunflower Electric to build a coal plant near Holcomb, Kansas. In the Sierra Club’s press release we read “This politicized fiasco was plagued with leaked emails exposing permit process manipulation, backroom deals, unwarranted involvement from the state legislature, and the abrupt and suspicious removal of former Secretary Bremby from KDHE. ‘The rushed job on this permit is an injustice to the thousands of citizens who participated in the process with the belief that their input was meaningful,’ said Stephanie Cole of the Kansas Sierra Club. ‘By turning the permitting process into a race against the clock, the state has signaled that it does not value public involvement.’”

We all spent countless hours preparing statements, emailing, calling, and appearing at hearings to state the simple and obvious truth. Human beings do not have the right to pollute the air, water, land, people and animals with the toxins produced from the mining, transporting, and burning of coal. Not only do we not have the right, but in truth we have the obligation to protect the earth and those who live here

A friend recently shared a story with me that captures in a few words the essence of what we are seeing and what affects us on such a deep emotional and spiritual level. “Reputedly, when an early oil well was drilled in Titusville, Pennsylvania, in the 1860’s, a former whaling captain was overheard to comment, “By God, they’ve harpooned Mother Earth.” (Leviathan, October 2010). Since then the harpoons have gotten much bigger, more destructive, and they seem to be held aloft everywhere ready for the next strike. 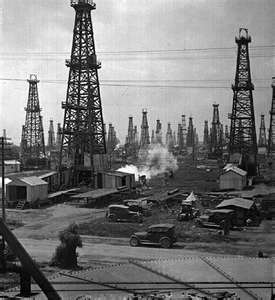 But wait—this is an article about food. What does food have to do with Sunflower Electric and whaling captains? Very simply, every moral and ethical issue that activists are addressing today arise from a single cause—human fear. It is a fear that has led us as a species to live within a paradigm of domination. That paradigm programs us to believe that those who dominate survive and gain power, money, and security. In addition, domination can only be maintained by never ending cycles of violence—against the poor, against women and children, indigenous peoples, wildlife, forests, prairies, rivers, seas, and (back to food) against animals.

As activists we are working to change the paradigm of domination to one of cooperation with nature and with each other and, of course, change the paradigm within ourselves. We have all had our share of cultural programming and must continually question our own thoughts and actions. As we lead the way into this noble way of living with Mother Earth instead of against her, we need to demonstrate consistency in our own lives.

Nobel Prize winner, Isaac Bashevis Singer once said “As long as people will shed the blood of innocent creatures there can be no peace, no liberty, no harmony between people. Slaughter and justice cannot dwell together.” George Bernard Shaw expressed it this way, “While we ourselves are the living graves of murdered beasts, how can we expect any ideal conditions on this earth?” In other words, eating as though the earth matters involves questioning what we have been taught about eating and food, and it involves not participating in the violence and domination of animals that so clearly defines our society today.

As activists, it helps us when we can see the connections that bind all this suffering together, because then we can more effectively work to bring an end to it. We can see the big picture—that all this human generated sorrow and pain to earth, animals, and people will ultimately end only when the paradigm shift happens--when enough people wake up and begin to live as caretakers instead of takers. We are the privileged ones, because we have glimpsed the beauty of how that could be, and we already have many tools to help steer our precious planet to safe harbor. We need to be vigilant and speak “truth to power” at all levels of government and industry, but we are also in an ideal position to demonstrate in our daily lives how to live nonviolently ourselves. When we take our own steps toward the shift, we show that it is possible for everyone.

In previous Planet Kansas “Eating as Though the Earth Matters,” columns, many statistics and facts have been reviewed to show how destructive animal agriculture is to our water, forests, wildlife, wild lands, and people, not to mention the animals themselves. By participating in what I call the Mother of all Boycotts, and refusing to eat the bodies and milk and eggs of animals, we exponentially increase the effectiveness of our other actions. We become consistent in our dedication to becoming nonviolent caretakers and healers of our beloved planet and all those beings who depend on us to live in harmony with them. The ravaging of the earth and of billions of “food” animals are tragedies caused by human beings who live in fear and so have lost their intimate connection to nature and the wild places we all love.

If the boycott of animal food and a shift in the kitchen sounds difficult to you, there is good news. Many restaurants now offer vegan options or will respectfully fix a special vegan meal for you. Most grocery stores now have health food sections well stocked with vegan food and organic fruits and veggies. Vegan cookbooks are easy to find, and there are thousands of vegan recipes online, such as www.compassionatecooks.com. Best of all, it tastes great, and the inner knowing that you are eating without causing suffering and violence to another beings brings joy to every cell of our bodies.
Posted by Judy McCoy Carman at 6:37 PM